Today we woke up in crystal river and went downstairs to have continental breakfast. Of course, Emily was still in bed. So, I made an extra trip down there with her once everyone else was finished. There was an awesome pancake machine which made pancakes for you.

One of the nice things is that our hotel was only about 5 minutes from the canoeing place. We got there, and met our guides, who told us a lot of rules before we got our four kayaks. We had three solos and one tandem, and dad and I were in the tandem. It was my first time to ever see a manatee.

While we were waiting to get into the kayaks, two manatees swam by, and our guide showed us how to read the footprint and see them as they went by.
Ted

So we climbed into the little kayaks, and we paddled out and we got bored and our arms started to get rid, and then you hear this weird sucking sound, and then you turn around and see a manatees nose sinking back under the water. After a while, the manatee would get bored with you and move onto the next person in your group. Eventually it would move on and go on its merry little way. We went up into a waterway and sat at this crossroads, and for a minute, nothing happened. Then our guide, Matt, pointed out the weird swirling motion that they did when they circled back around to look at you. One actually hugged the underside of moms kayak. It flipped over on its back and spread its flippers, and it was just the most adorable thing. So then we were caught in this spinning cast of manatee characters, and they would come up and sniff you and feel the bottom of your boat with the tough bristles on their back like those on an elephant. They were a little scary, too because they could have flipped our kayaks with one flipper. And i think they are amazing the way they use the barest of materials for food, and expend the least amount of energy moving around. It was just the most amazing thing to see these creatures underneath you playing like they are babies, and it’s just… Wow!
Kate

I thought the coolest thing was when a manatee came up and pushed the kayak around. It was incredible the way something so big could be so close and relatively unseen. The sound is a little like a dolphin breathing but it’s not so strong. I was thrilled with the number of manatees we saw… It was at least 40, but the guide said it wasn’t
that many. I loved being out there kayaking. Reggie

One of the things I found interesting was the difference in manatees and dolphins. We tend to group them together into one group of whale like sea mammals. When really they are completely different behaviorally as well as physically. You tend to look at a manatee and underestimate how small his head is in relation to his body. His head is the size of IRS, but he. Weighs approximately 3-4000 lbs. the biggest ones are 4700 pounds. Matt also said the mothers and babies swim in the same formation al lot of the time, and this means that you can often see propellor and boat skew scars that are one continues pattern from the mother to the child. (which is a brilliant metaphor for. Story)

The water coming out of the springs is constantly 72 degrees year round. Roseate spoonbills nest in mangroves. Some sections of the river are partitioned from boats, including kayaks. Snorkelers can go in there, and sometimes they are more dangerous than boats, because they get the manatees acclimated to people. Behaviorally, it was interesting that you would never get that close to a dolphin in a kayak. Manatees have a cool adaptation, they are born with extra enamel on their teeth because they are her ivories and they wear them down… Accornpding to mr pezzecca.
Emily

For lunch, we asked our guide where to eat. We then drove all over town looking. For a restaurant called a taste of Philly cheesesteak.
When. Finally found it, we couldn’t quite fathom how we had missed it, because the building was painted a raucously loud yellow. The food was excellent, though. We all got sandwiches, wither cheesesteak or grilled cheese, and ate it outside under picnic tables.
Kate

Then Kate and Ted swam in the pool and our plan for wifi worked great.

Then we got organized to go find Homosassa Srpings State Wildlife Park. More zoo than state park, we had a neat boat ride through the swamp to a park with lots of native animals and a rather lonely hippo. The exhibits were pretty good. I had read that you could see otters, bobcat, cougar, and all sorts of birds from the trails…. without understanding that it was it was because they were all in cages! 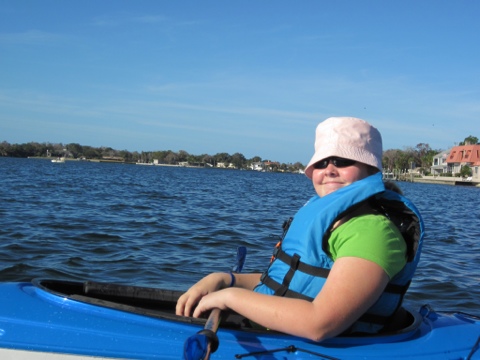 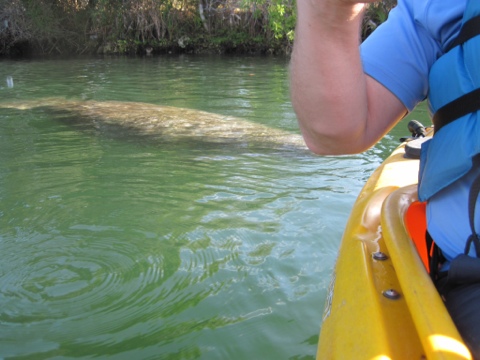 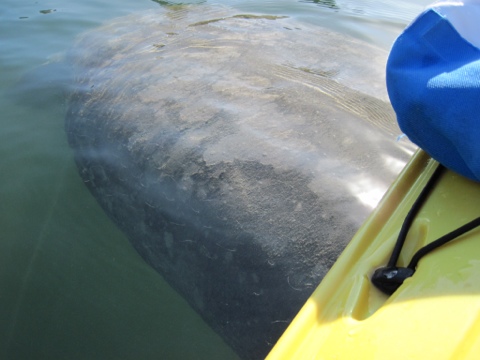 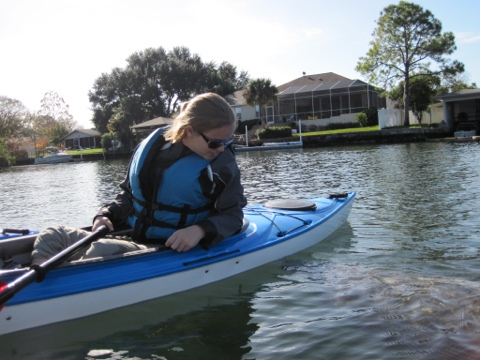 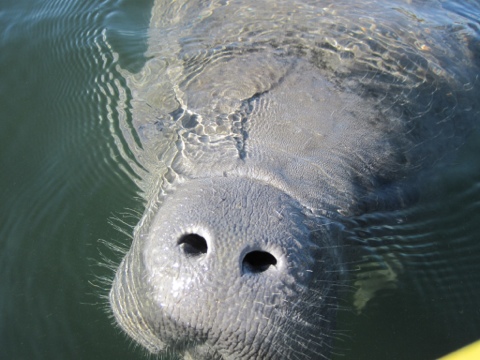 View all posts by JudyDrewFairchild →

← Upcoming Trip
Harry Potter: Post 1 of about a million →

2 Responses to Kayaking with Manatees