Sigh! Another terrific day in Prague. This is truly one of the most beautiful and picturesque cities I’ve ever visited. Clare remarked today that it is as if everything shiny is out on display. Prague was never bombed, so all the original architecture from the 1700s and before is still intact. Gold inlay makes half the rooftops sparkle in twilight. Breathtaking.

We had a “picnic lunch” at the flat today after pottery. It was cooler than it has been (70) and it was raining on the ride back from Ivan’s studio. Afterwards, we spent the afternoon in Mala Strana, the only central neighborhood that we hadn’t really spent much time in. Lots of small narrow alleys, all cobblestones. Apparently not much has changed since Mozart used to hang out there! We visited several shops and galleries, tucked into a bar when it began to pour, and came out to blinding sun. After another hour’s wander, which included a shop selling Ivan’s pottery and a peep into the Absinthe museum, it started to rain again… So yes you guessed it, into another pub we went. Apparently today is also pilsner day, hurray!

Our last stop of the day was the John Lenon wall, a graffiti tribute wall. Very cool, too bad we forgot our spray paint! Finally we splurged a bit on dinner, at a place called the Little Whale. The food was amazing at reasonable prices. We had salmon and octopus as starters. I had a delicious paella, Clare a beautiful “baby” lemon chicken (Cornish game hen sized), and Melissa had bunch of tapas (mussels, pâté, mushrooms, roasted peppers and potatoes). Everything was melt in your mouth fabulous. It was the best meal we’ve had so far. We meandered back across the Charles bridge at twilight – a lovely scene for our last evening. The rain seemed to have chased most people away, so it was relatively unpopulated.

It’s sad packing up. We have to say goodbye to Clare tomorrow…. Boooo! But I’m looking forward to checking out Berlin. 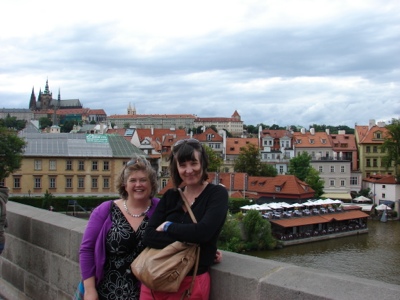 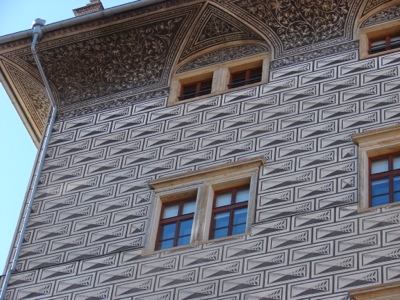 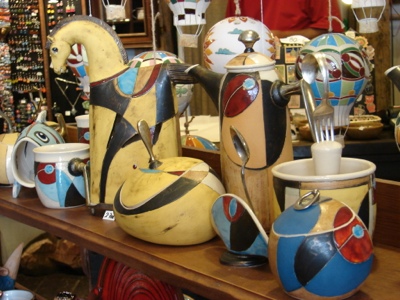 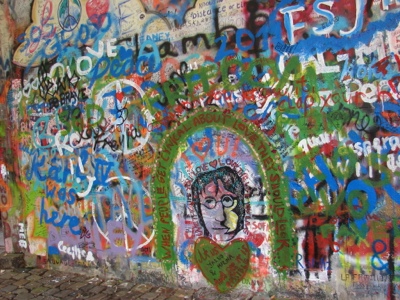 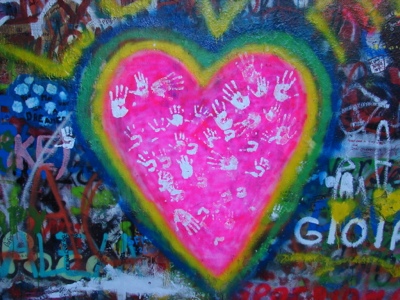 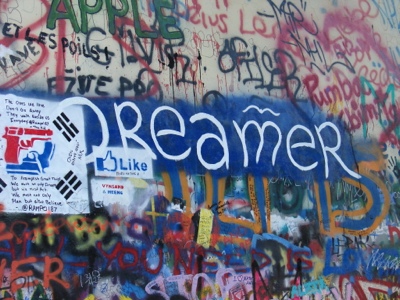 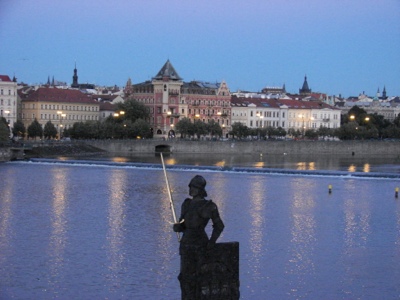 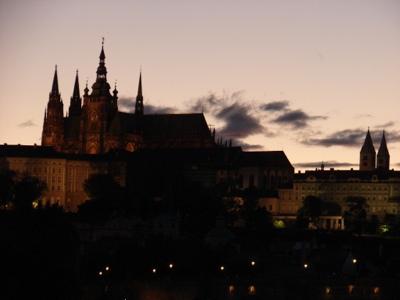 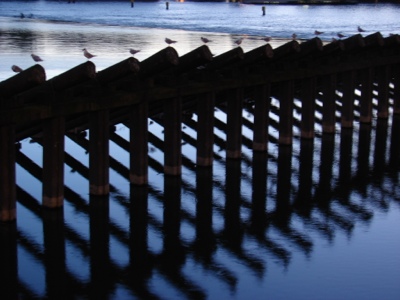