Colin and Darryl pick us up in safari vehicles, and I admit to feeling totally ludicrous riding around town in them. We climb up to the top and feel totally exposed, especially at high speeds on the tar roads, without so much as a seat belt. Our first destination is Khwai, about 2 hours away in the bush. Colin and Darryl have sent the staff on ahead, so camp will be pitched when we get there. Colin has completely rebuilt his vehicle, with a wider base than previously, a removable roof, bucket seats, and wide wood panels. It is outfitted with electric coolers and a table that folds out for tea. In addition, there are snorkels on the vehicles, allowing them to drive in water up to about three feet deep. Khwai is managed by a community, and though it is on the edge of the national park, it is not actually in the park, so we will be able to drive off the road and go on game drives at night.

Our tents are basic canvas tents with two cots and a carpet, as well as a large wooden trunk that I assume is for holding the cots and blankets while we are on the move. A bedside trunk is between the cots, with a cna of bug spray and a battery powereed lantern. there are two doors for the tent, and in the back, there is an enclosure attached, which has been divided into two rooms. In one, a large bucket sits atop a metal structure, with a spout in the bottom. In the other, a hole has been dug with a plastic toilet seat above it. There is a small table with toilet paper and a bucket of either ashes or sand, and a can of air freshener. Reggie finds it hilarious that it says something like “add something extra to life’s special moments.” Kate tells me to spray it often, and keep the tent window on that side closed. Outside the front door of the tent, there is a washing table with two basins and a lantern, towels and washcloths. 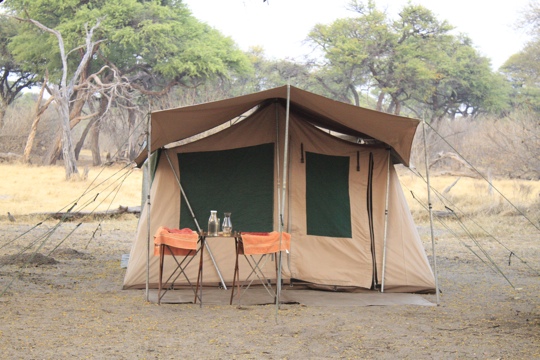 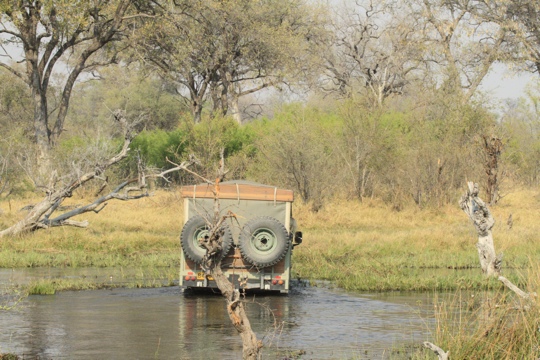 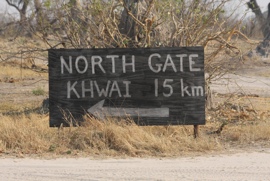 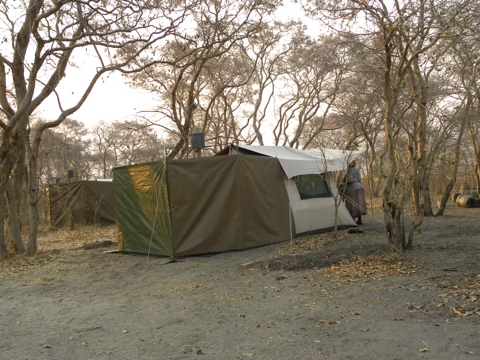 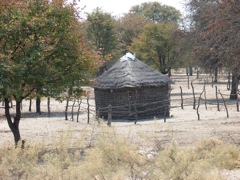 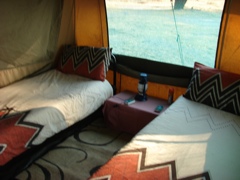 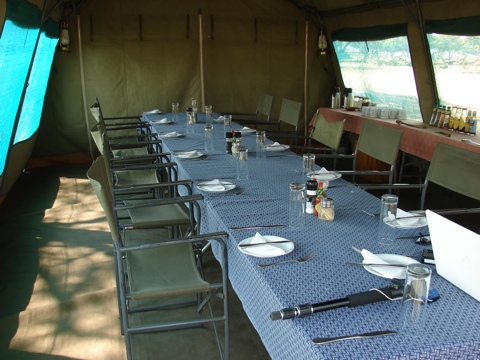 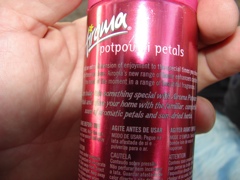 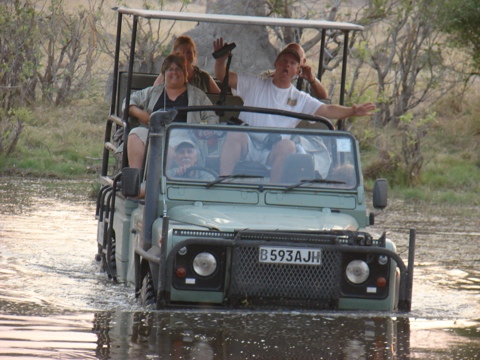 View all posts by JudyDrewFairchild →
← Maun
Leopard with cubs →