Saturday and Sunday in Berlin

We arrived later Friday night in our lovely Berlin flat. It is smaller than the one in Prague, but very cosy. It’s much cooler here… Highs in the 60s rather than high 70s… And it has rained a lot every day. Rain, not showers. For hours!

Sat am we headed out to find some breakfast. Got soaked, but found a cozy spot to drink cappuccino and try to plan our day. We explored several spas, but none had room for us at such short notice. We ended up back at the flat just resting and reading for most of the afternoon… Turns out we were both pretty tired. M moved into a new apartment the few days before meeting me and I am always burning the candle at both ends before a trip. So we just reveled in a quiet day.

We picked a Korean BBQ place called Kimchee Princess for dinner. It was on the other side of town so we got to see a fair bit from the S/U-Bahn. I never know which we are on or what the difference is. There were these funny guys promoting some Korean liquor outside the restaurant. Included wheat, so not great for me… I tried a sip…much like sake. We sat outside with blankets to ward off the chill… Very German, apparently. The food was great and it was in a funky part of town so we decided to wander around… Went through the Kruetzberg neighborhood and found what looked to be a direct train home… Except that it was being dug up in the middle so we got out and walked again for quite a ways. the good news about that was that we ran across Checkpoint Charlie, one of the key gates in the Wall. We took lots of pix. And then we walked some more to find a working tram and headed home.

Sunday we decided to be full on tourists. We had been looking at bicycle tours, but the rain everyday was a deterrent. W got tix for a hop on/off bus tour instead. Good for two days so we can use again Monday. We walked about a half hour down to a place where we could catch it… And got caught in a downpour. So happy to board to get out of the wet. We cruised around the Brandenburg gate and govt quarter, then headed west along the Tiergarden (major park). Got out at a flea market, fun to poke around. I got some cool buttons to make pottery stamps with. Melissa bought some fun coat hooks for her place.

We got on the bus and followed it around to the Potsdamplatz stop, where we found some lunch and checked out a lego giraffe and the Sony building (insanely cool roof). M had heard that the Jewish Museum was worth a stop so we headed there next. It was truly an amazing space. The architect is from Poland and he has managed to capture despair and hope. It’s qute moving but somehow not depressing. We spent nearly 3 hours there. Loads of pix. My favorite was all these iron faces that have been placed at the bottom of one of the “voids” in the building (it’s all angles of used and unused spaces). We happened to spy them through one of the windows above it, and it made me gasp. Later we went down and people were walking on the faces (an intentional part of the installation) making a terrible noise. I don’t think this description is doing it justice… It was beautiful and sad and stark. Another amazing spot was the garden of exile. 49 square columns on a slope -it symbolizes the disorientation of being in exile. It was disorienting!

After we finished walking through all the exhibits, we stopped for a restorative cup of tea, and returned to the bus route, to find that we had missed the last stop. So we hoofed it again for a while, searched for our restaurant pick (only to find that it had closed), and ended up in a random cafe that had great burgers, beef, lamb and veggie. It was after 10 by the time we got in… Still light out. Perhaps this is why we have been so tired! 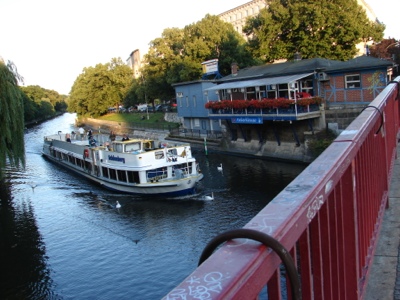 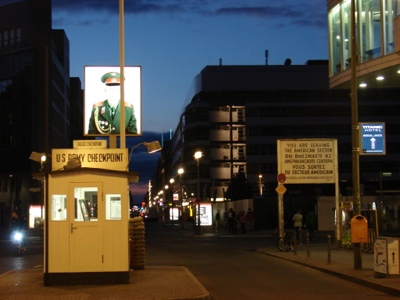 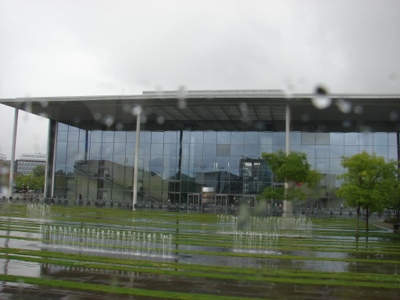 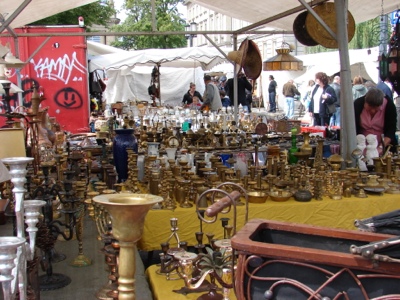 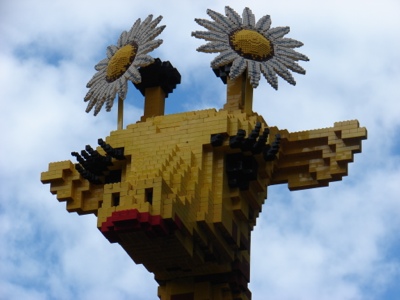 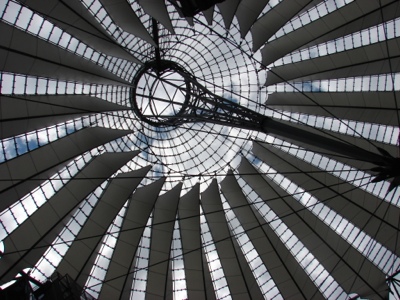 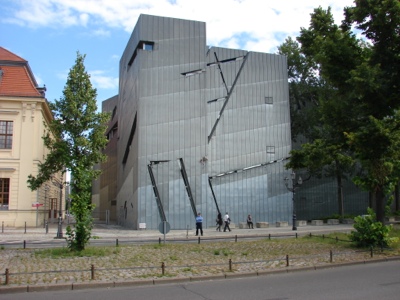 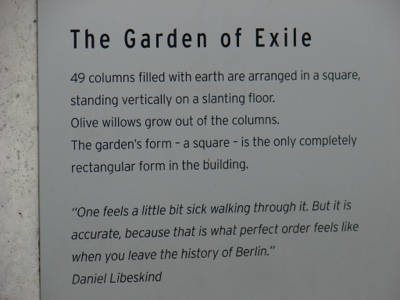 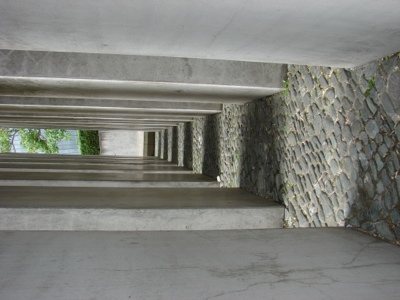 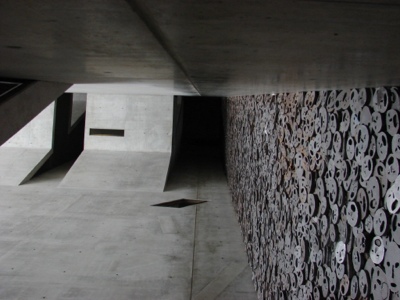 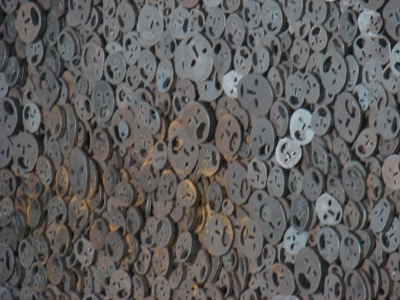 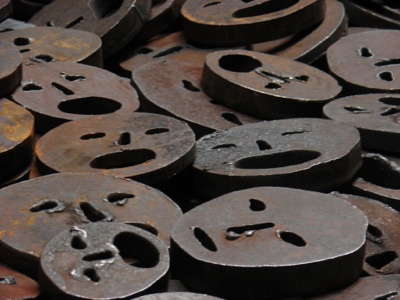