We’ve arrived in Berlin last night around 9. It was a lovely 4+ hour train ride from Prague. The train was a bit late but otherwise uneventful. Sadly I was without a map of greater Czech or Germany so I could not follow along, but the countryside was gorgeous… We traveled along a river most of the way to Dresden, and at one point there were fields and fields of wonderful sunflowers. It’s turned a bit cold so it feels as though we have traveled much further north. Hopefully it should warm up again this weekend. We had a great taxi ride from the airport in a restored 1963 Peugeot – but more on Berlin later.

Our last day in Prague was bitter sweet. We packed up this morning so we could be “out” by the checkout time of 11. (left our bags in the hallway though so the cleaners could do their thing). Then off to pottery as usual. Had a quick coffee on the way in since we were a bit early.

Melissa and Clare finished up all their glazing and ended up leaving all their pots with Ivan for him to fire and send along by post. I decided that would be a bit spendy, and I have lots more firing options in Durham. So I packed up my bisque ware and continued working on this crazy lobster relief I had started Thursday. Before there were regular street numbers, the houses in Prague used relief sculpture tiles on the house fronts to mark different locations. Ivan had a book of them and for some reason Larry spoke to me. I actually really enjoyed working on him, I never really did anything figurative before this trip. I guess those of you who know I love the arts and crafts shouldn’t be too surprised! Initially I didn’t intend to bring him home, but he turned out so well that I wrapped him up in bubble paper and packed old Larry in the suitcase as well.

The morning flew by! Misha, Ivan’s assistant was glazing cups all morning as well. Unfortunately, all too soon it was time to snap some final pix and head out. We stopped at the flat to get Clare’s bag and then put her in the taxi. A final lunch (Thai!) and a last stop in one of the crystal shops completed our final hours. If anyone wants to visit a fabulously beautiful and interesting city, I would recommend Prague in a heartbeat. I have wanted to visit for more than 20 years and the place did not disappoint! 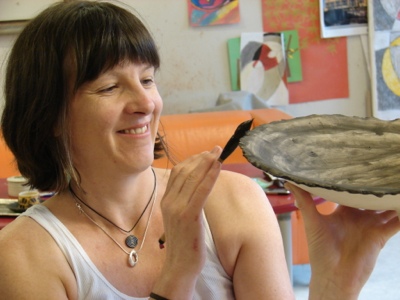 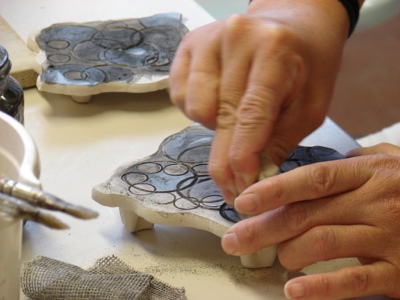 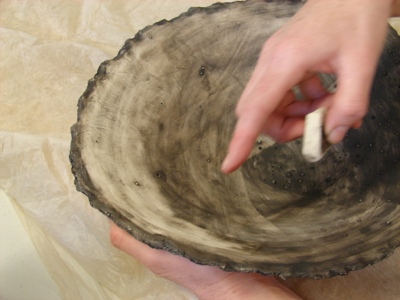 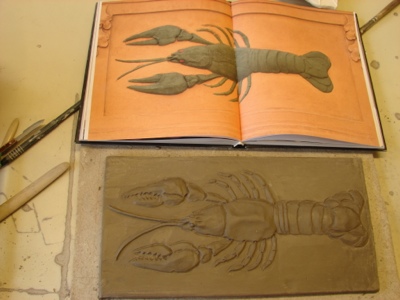 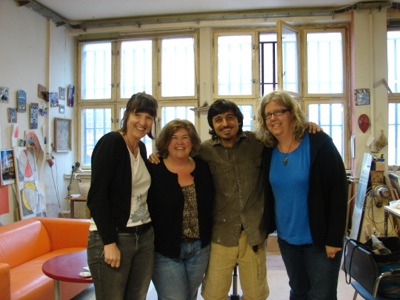 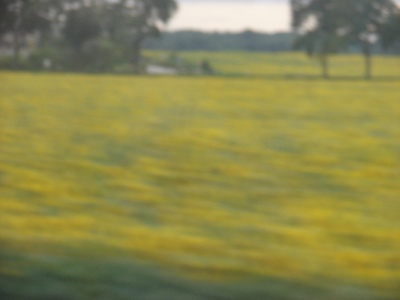 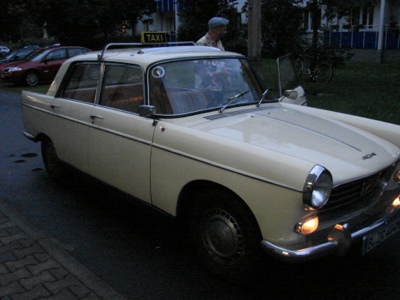 One Response to Wilkommen Auf Berlin!